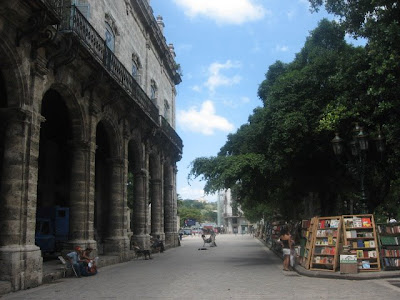 Well, a week in Cuba can't fail to impress. Not always for the good, it must be said - but more of that below. Havana is a beautiful city in its own run-down, 19th century Hispanic way. Its cars, frozen in time, the grand squares of Habana Vieja, the Capitolio in Habana Central and the magnificent Malecon by the sea, the Hotel Nacional and the great, great people.
First the positives, of which there are many. As a tourist, you'll have a great time. Plus it's way safer than central America. People's most basic needs are essentially met by the government at highly subsidised rates. And the healthcare system is outstanding. So no one is going to stab you from sheer desperation - and I must say, there are places I've in Guatemala and Mexico where that isn't the case.
There, the key words are: Cuidate;Ojo; Atención! But not in Cuba.
However, basic needs, healthcare and education are one thing, and wants are another. One should never underestimate the role of desire (and boredom) in history. If a Cuban wants anything extra - or something major goes wrong with their house, or car,and the government won't cover it - they pretty much have to go into the tourist economy (with its higher value convertible peso).
This may involve starting a 50/50 business with the government (which is how that works), or more commonly, just hit the streets and tout. 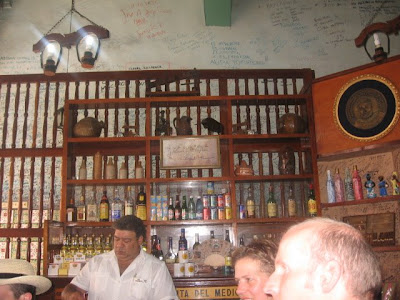 So, as a result, there's pretty constant hassle on the streets for your convertible dollar. Buy a cigar. Do you need a tour guide. On and on it goes. Not in any way threatening, as I noted above - but constant. It can be annoying. Mind you, Cuba is hardly alone there for the joys of touts in tourist town. But the constancy of Jiniterismo ('jockeying', i.e. touting) will strike you.
The music is of course fantastic, and the night life hard to beat. Cubans are educated, always literate, friendly for the most part, and proud. I found that I very much liked the average Cuban.
The other thing that struck me: how deeply, deeply stupid the US blockade is. Let me tell you a secret, Miami Cuban: Every night, Fidel and Raul Castro get down on their knees and bless you for the blockade. Why? Because the regime would have been in big trouble post-1990 without it. The net effect of the 45 year blockade has been to recruit nationalism to the Communist cause. That's it. Thats what you achieved in your wasted, pointless lives of vengeful smallness. You kept the regime in place. 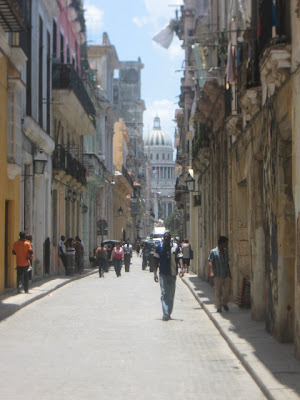 Of course, in any other place, a policy that hadn't worked in 45 years would be considered a "failure". But not in Florida! Hell no.
But its worse than failure: the blockade is one of the main things going for the Cuban regime. If there's one thing that unites Cubans behind the Castros, its that.
Indeed, if there are a bigger bunch of plonkers on the globe than the ageing clique of older generation Miami Cuban leaders, I'd like to know who they are. Please write in and tell me here at BmL. The other thing to bear in mind is that its just a bitchy little family feud among the Castros. That's right - the big Miami Cuban leaders are their cousins.
Note that I mention the older generations - surveys among younger Miami Cubans show that some 55% favour easing the travel and economic restrictions. The battle is being lost in their own community.
Plus frankly, it all makes that otherwise grand, powerful nation - the USA - look like a whiny little bitch. Drop into Toronto airport, folks, and its all "Cuba Si!" vacation advertising. Same in Mexico. No one else gives a crap; its all so pathetic and petty. If your system is better - it should win out in the end, right? Face it, you can't round up more than 3 votes in the general assembly to support el bloqueo. The other two are generally Israel and Micronesia. 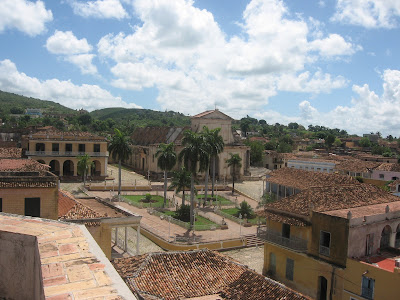 Don't get me wrong - its great to go to a country where there's no Yanks. The Cuban government and the travelling world thank you. I'm just lost as to how this works for you there in the US. Beats me! You could be ruling that joint with your tourist dollars, and billions in exports tomorrow. But hey, own goal for another 45 years; see if we care. Just bear in mind that while it really hurts the ordinary people of Cuba, it only benefits the regime. Nice one, dufus!
Anyway, here endeth the rant; and starteth the pics! Here's some nice spots in Havana and Trinidad. Travelling down the page:
Posted by Lefty E at 16:57 4 comments:

Well, apologies to those happy few who do stop by BmL from time to time. I've been overseas and unable to blog of late. However, I have accrued some interesting material in Havana, and will post it up as soon as I shake this jetlag.

Meanwhile, dig this: Did you know Fidel Castro's HQ during the Bay of Pigs campaign was in a Cuban town called 'Australia'?

Me neither! Apparently there was a sugar mill there in the early 1900s, run by a firm called Central Australian Sugar. Just off the Havana - Santa Clara highway.

Here, then, is a pic taken in Australia, Cuba.

And don't tell me I never get ya nuthin. 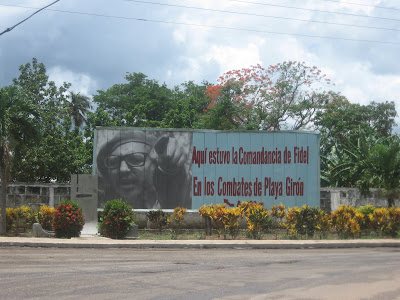