Still reliving the Kevin '07 victory? Gripped by the Democrat race? Well the polls don't end there!

I think you'll agree, early results are most revealing.

UPDATE: Yes, a sweeping electoral rout for Lautem. Didn't even go to preferences.
Thanks for voting, all 4 of you who weren't me.

You know, I talk to lot of people at parties about Portuguese forts in Asia, and they let me go on and on (usually in another room) without asking the obvious question: which is my favourite?
Well, I can't claim to have seen them all. The mysteries of Solor, Alor, Diu, Daman, Malacca (....shamefully) and various enclaves on the Sri Lankan coast still await me. But I have scoured Goa, Macau and East Timor for fortalezas. And Portugal itself - though strictly outside my purview - does provide incomparable period context.
It's not easy to decide - is it Reis Magos in Goa? Embedded in thick jungle, overlooking Panjim? The mysterious Maubara -(of Dutch construction, or Portuguese?). Maubisse, above the clouds? 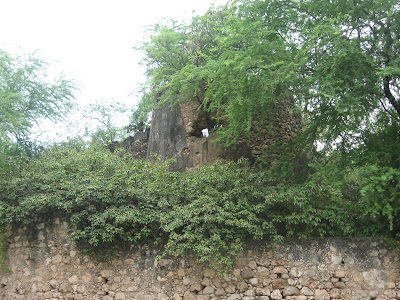 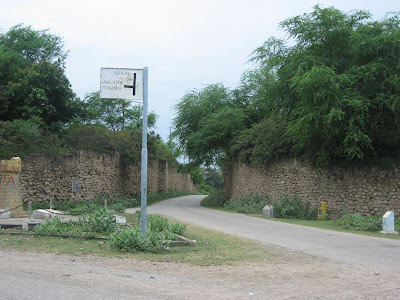 No, I think we'll have to go with the furthest branch from the tree: Lautem. The easternmost fort in the Portuguese colonial empire. No fort so amply demonstrates the dual character of the Portuguese coastal fort in Timor. To the sea, warding off the Dutch; to the interior, the periodic uprisings of the Timorese kingdoms. A road runs through the fort, dividing the twin functions. Ok, so its not in the best nick - but it has atmosphere to burn. And Japanese WW2 pillboxes nearby, a legacy of yet another invader.
Posted by Lefty E at 23:43 3 comments:

Portuguese forts in Asia 2: The Marathas Strike Back

Say Bom Dia to Chapora Fort, Goa. What a corker!

Right near Vagator beach too, where some tourists evidently congregate. Nerds. Can't they see the quality of this fortaleza?? How I laughed at them from on high parapet. 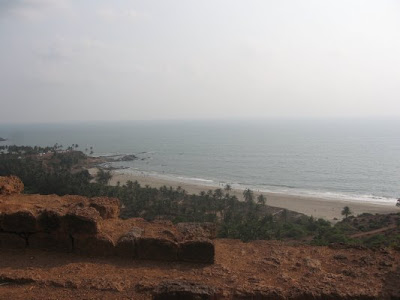 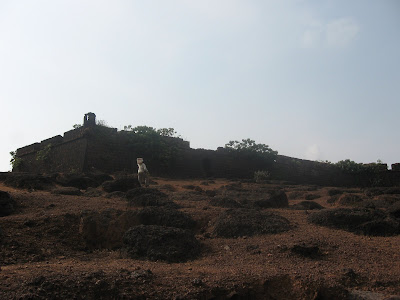 Ok, so built in 1617, defending the new conquests as Portuguese India expanded North from Old Goa and Panjim. Present structure looks early 18th c to me - which is likely given it was occupied by Maratha tribesman from 1684 to 1717. Definitely a rebuild.

What you really need to visualise is this: 17th century Maratha warriors, festooned in brilliant yellow garb, launching their bold horse-borne attack up this steep slope into the fogo do canhão of the Portuguese garrison.

Oh, where to start? I think I'll have to go Macau's Fortaleza do Monte here - not because its my favourite Portuguese fort in Asia, but because it comes with such a corking story. 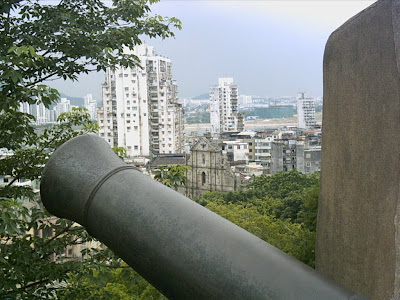 Allow me to set the scene: 1640, and the fort is some 20 years old. The century long monopoly of the Portuguese traders in Asia is under grave threat. The Dutch have just seized and sacked the Portuguese entrepot of Malacca - the next target is the enclave of Macau.

The harbour below swells with the victorious Dutch fleet, laying tight seige to the Portuguese foothold in China.

A Priest from St Paul (pictured below fort) strides out angrily. Crossing himself, cursing the enemies of the Crown, the Quina and the one true Church, fires the first cannon shot, high above the harbour on Fortress Mount.