Since I was a kid I've had a recurring dream of being on a beach, in light so bright I can barely open my eyes to see. This newly released on DVD classic of Australian cinema somehow captures that feeling - everything is yellow, red, light disturbs the characters, scrutinising their dark, more brutal sides. I've waited years to see Ted Kotcheff's film, and finally tracked it down on DVD. No lesser figures than Peter Weir, Bruce Beresford and Fred Schepisi regard Wake in Fright as the film that sparked the 1970s reniassance in Australian film making. The Cannes Film Festival has only ever screened two films twice: Antonioni's L'Avventura, and Kotcheff's Wake in Fright.

Though a critical success, it was apparently met by ambivalent public acclaim in Australia, with some audiences taking it all too personally, and a general feeling of "this isn't us". It certainly shines a light on male-dominated frontier towns of rural Australia - where men outnumber women and the stranger creates a rip in the fabric.

The performances are outstanding: as one critic rightly put it, Chips Rafferty as the local cop - in his final screen role before his death in 1971 - "exudes an unnerving intensity with a deceptively menacing and disturbing performance that ranks among the best of his career." Donald Pleasance is brilliant as an alcoholic doctor - and also claims my "best Australian accent by a foreign actor" award. Jack Thompson, Gary Bond and John Meillon round out the Australian all-star cast. This one will stay with me for a while. Would love to see it on the big screen.
Posted by Lefty E at 00:04 4 comments:

You know, the Australian Screen Online site really is ace. Loads of great clips you can check - from all eras. And you can search via film type, decade, or by title. See the short hand-cranked Lumiere Cinematographe clips of Queen St Brisbane in 1899, or Kanakas working on the cane fields of North Qld, or the 1896 Melbourne Cup.

Or check the later clips of hard to find Australian cinema classics like Wake in Fright (1971). I could be lost in here for days. Send cheezels and jaffas!
Posted by Lefty E at 23:50 3 comments:

Our Lady of Prosciutto 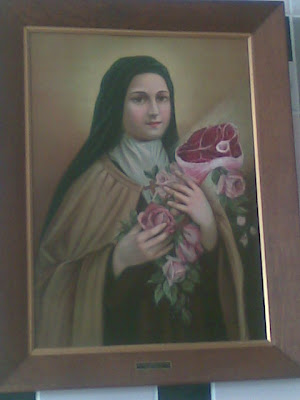 Well let's face it, who isn't a little curious to see this film - banned then abandoned for a generation - about Carlton junkies in the mid-70s? Raided by vice-squad at its own premiere, this little underground film stayed that way longer than Ramos-Horta lived in hotel rooms. Its got it all: gritty intravenous realism, chase scenes, chemist break-ins, and excellent pre-fame cameos from Greig Pickhaver and Max Gillies. For all that, the scene-stealer is actually Helen Garner's hilarious appearance as a speed-addict, with advanced psychosis of the obsessive cleaning variety. There's even a social commentary poke at the earliest manifestations of the methadone program.

Australian 70s cinema. When will it be matched, let alone topped? I'm not holding my breath.

Yes, if I can't sleep in, it ain't my revolution! etc. I don't know about you, but early's never been my scene. Indeed, I was just recalling the other day, when I was younger, in me carefree 20s with fewer responsibilities to other humans, my normal hours of sleep were 4am to 12pm.

Time and circumstance has modified all that, of course; now its 2am to 8.30am. Cutting back on sleep hasn't really led to any productivity gains though - I rarely have a sentient thought before 10am. My brain still gets 8 hours, though the body has learned sleep-dressing and transport management.

I can't really help it, and to be honest, I don't want to change. These hours of solitude and focus have been the most productive of my life. I reckon I wrote most of my PhD between 10pm and 1am. I guess I'd like to know there are others out there still staying up, despite careers and so on. Perhaps well into middle age!

For example, I suspect my men HET here, princes of Dutch 60s freakbeat, still kick it late*. Now that semester two is nearly done I'm hoping to be back here (at Fort Segue) more often. Check it out!